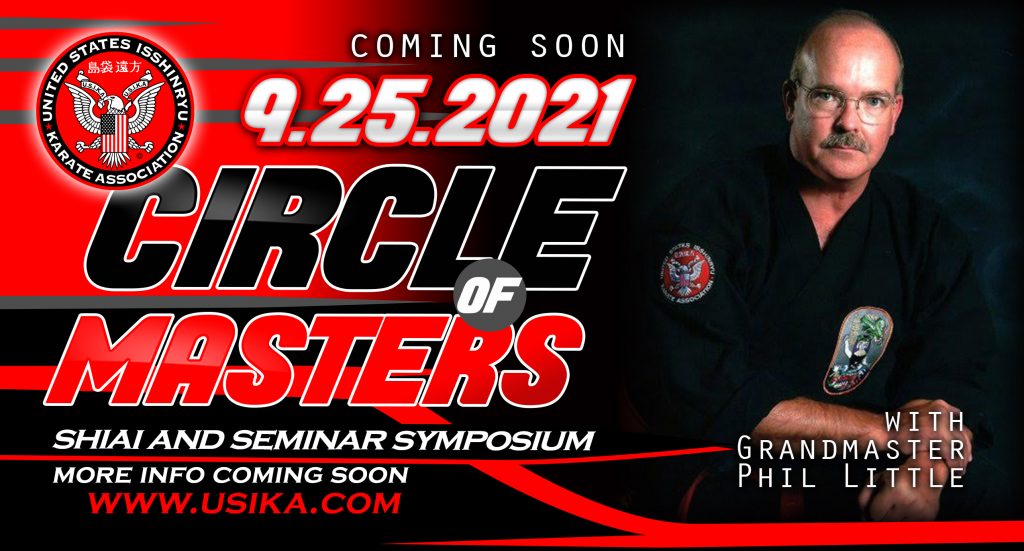 Have you ever watched a skilled karate teacher perform and wondered what made their technique different than yours? Have you asked yourself why can you almost see the opponent they are fighting against during kata, and how their self-defense techniques work easily while you struggle to make yours effective? Discover the answers to these questions and learn to apply them to your own to your own practice of Karate at this year’s Circle of Masters gathering in Anderson, SC.

Hanshi Phil Little will lead participants through a detailed break-down and analysis of kata movements (bunkai), as well as demonstrate applications for those newly-honed techniques in self-defense situations (oyo). Join us as we learn the intricacies of timing, intent, and focus that will increase the power and effectiveness of your Karate. 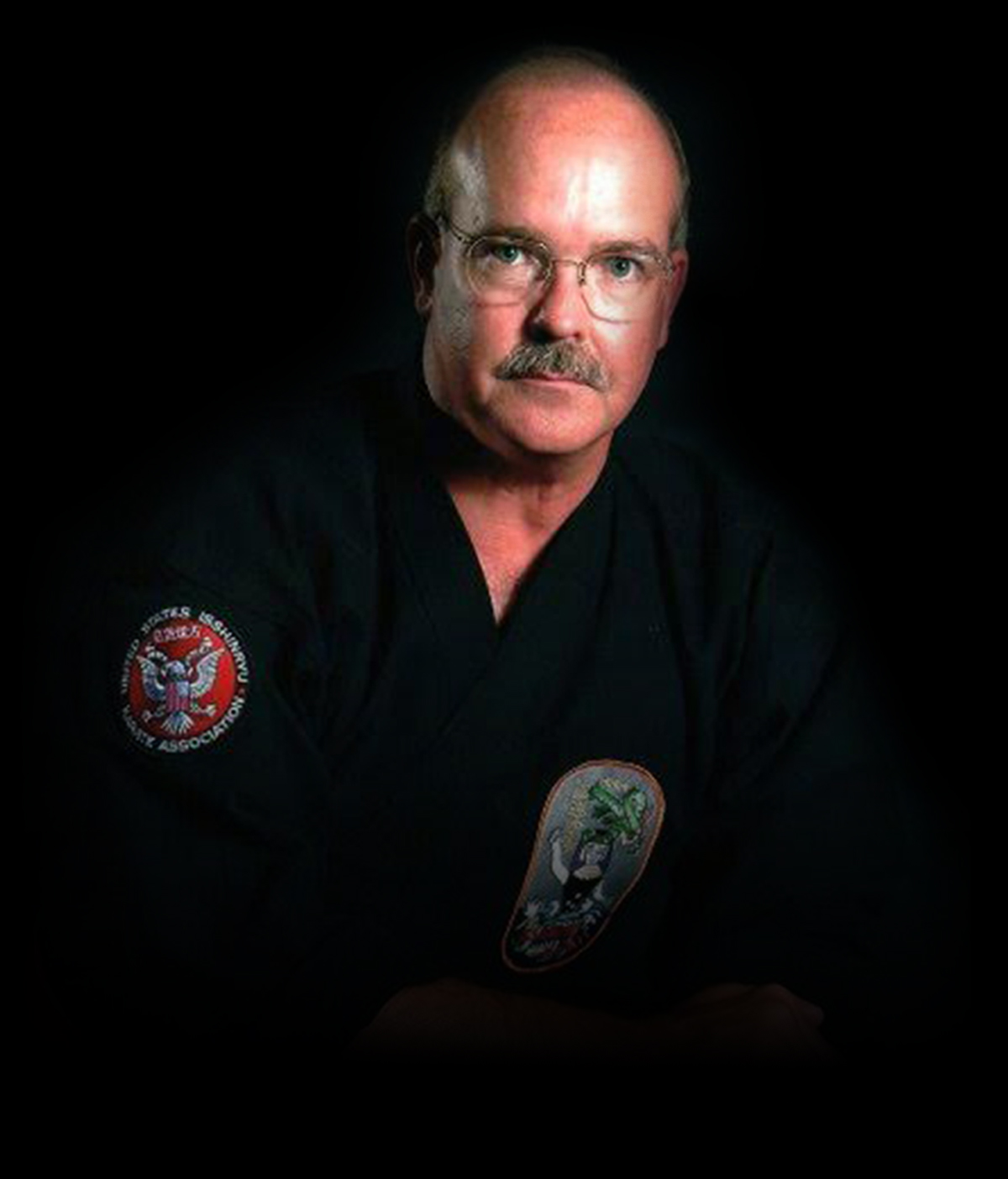 A referee certification for Black and Brown belts  taught by Hanshi Little personally and then the Shiai competition. Grandmaster Phil Little will finish with presenting of the awards of the day 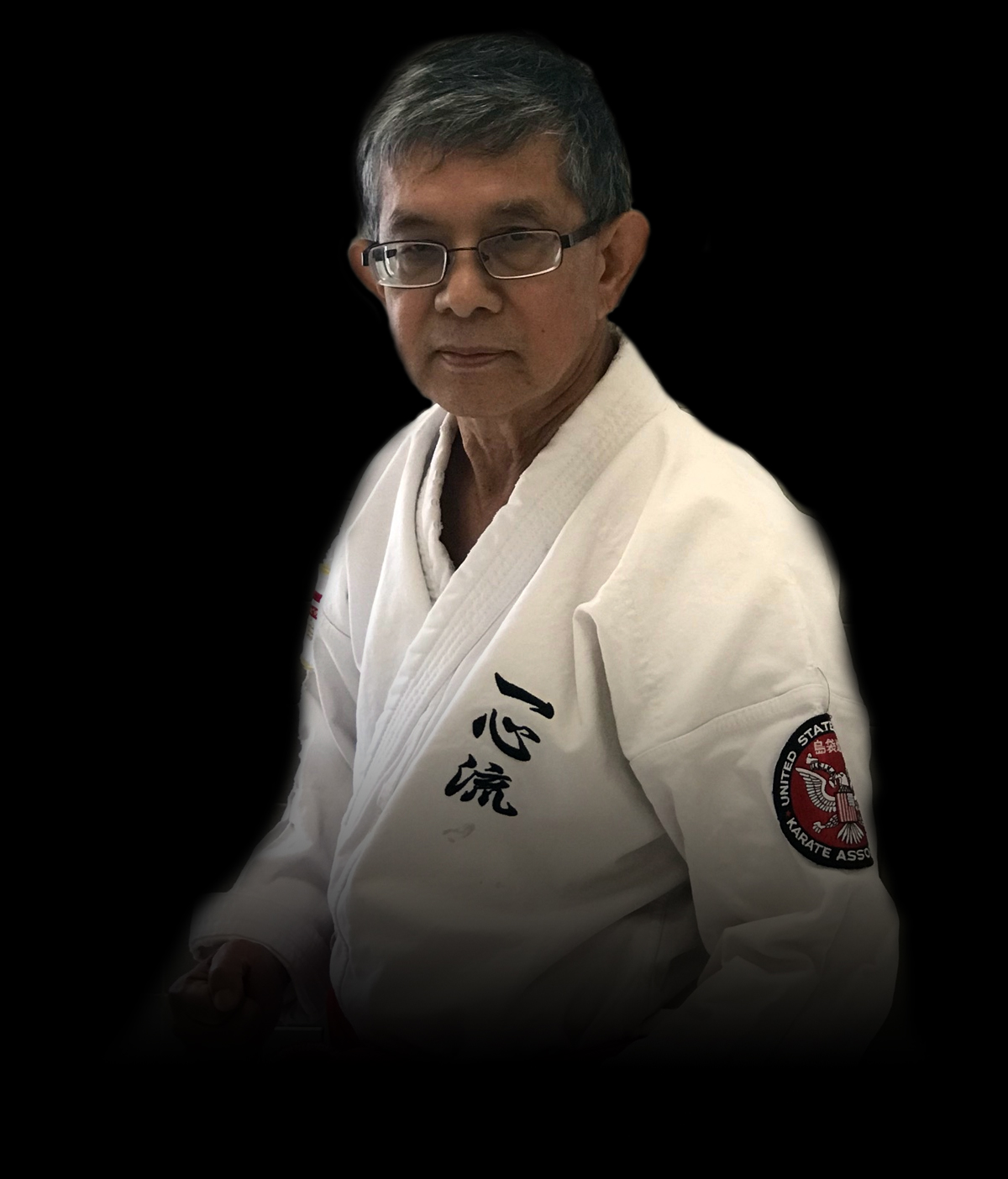 Master Karl Kazuo Hovey was born in 1951
Okinawa, Japan. He learned karate in the true Okinawan tradition of the “Esu” family. His Uncle Shinji was his first instructor. At the age of seven, Master Hovey studied Kempo Karate-Do and Judo at the Okinawan Koza police school. Later he studied Judo and Okinawan Goju-Ryu at the Naha Air Force Base…

While still in his teens, 1967 Master Hovey moved, with his family, to the United States. He began training in Isshin Ryu Karate under Gunnery Sergeant Donald F. Bohan at HQ Marine Corps Base in Quantico, Virginia. In 1972 He open first Dojo HQMC Quantico. 1973 he moved to Fredericksburg, VA and opened another dojo. At that time sport karate was popular and he quickly learned that to expose the art of karate, he had to love it with a passion – but still bring it down to a level everyone could understand -and that was competition!
Master Hovey wasted no time in winning every major tournament he entered. His kata was superb, and his sparring (kumite) was enthusiastic. In 1973 at East Cost Armed Forces Karate Tournament in Dover, Delaware, Master Hovey took home every honor that was awarded. At that tournament he placed first in kata, weapons, demonstration, sparring and also won the coveted “Best Spirited Karate Ka Award.” At that tournament, there were more than 350 competitors.
Unfortunately, in 1974 Master Hovey suffered a trauma to his knee, causing severe pain and difficulty in performing. But after surgery and rehabilitation, he returned to competition and progressed quickly and efficiently to his present level. In 1975 he again won “Best Spirited Karate-Ka Award” over 200 other competitors at a tournament sponsored by Grand Master Harold Long in Knoxville, Tennessee.
Master Hovey has been inducted into the Pioneer Hall of Fame twice; first in the Masters division in 1997 and second in the Most Distinguished Masters Division in 1999. These nominations were both made by Professor Ed Brown. In 1997, Master Hovey was one of 1,500 competitors at the Okinawa Karate and Kobudo World tournament in Okinawa. He placed sixth in his division.
Master Hovey produced the first Isshinryu Interactive Guide in 1998, which provided computer users with an interactive multimedia tool for their martial arts studies. In 1999, Master Hovey assisted with the production of a book about the martial arts in Puerto Rico.
On July 5, 2002 Grand Master Angi Uezu awarded 8th Dan in Isshinryu Karate to Master Hovey. He also holds the following ranks, 6th dan in American Kempo given by Dr. Ron Cherry, 5th dan in Sakugawa Koshiki Shorinji Ryu Karate by Kyoshi Thomas Cauley and 1st dan in the Bando Association by Dr.Muang Gi.
In July 2009 Master Hovey was inducted into the Isshinryu Hall of Fame in Knoxville, Tennessee. On April 16, 2011, Master Hovey was promoted to the rank of Hanshi Ku-Dan from Hanshi Seifuku Nitta from Okinawa. On July 31, 2011, Grandmaster Harold Mitchum also recognized Hanshi Hovey’s rank by signing his promotion certificate along with Grandmaster Phil Little.
Currently, Master Hovey’s dojo are with Stafford County Parks and Recreation in Virginia. The focus on training there is to develop serious students of karate. Master Hovey’s philosophy of karate is from Isshinryu, the one heart method.

In a 1981 tryout with the NFL’s New England Patriots Black sustained an injury. That injury made him drop out of Tae Kwon Do where he achieved the rank of Brown Belt.
By a stroke of luck Black would meet Future Isshinryu Grand Master Ed McGrath and delve back into the Martial Arts.
The rough and tumble style of this former Bodyguard/ Bouncer was ineffective as GM McGrath’s methodology focused on speed and creating imbalance during kumite…

Over the coming years Black went on to become one of GM McGrath’s top students and would open his own dojo, Frank Black’s School of Isshinryu in 1988.
The School would turn out several Kumite Champions and Grand Champions on the Northeast tournament circuit.
His most notable Black Belts, Jim Pase, Lee Snyder, Mike Costa, Doug McBride and Frank Montalbano continue to teach, Pase and McBride currently run Black’s two satellite schools, American Isshinryu Academy of NY on Long Island and Doug McBrides School of Isshinryu, Grotoes, VA.
Black continues to teach seminars for law enforcement including the Counties of Suffolk and Nassau, the NYPD and Riverhead Township where he has black belts in each these four agencies.
He continues to teach and give seminars on the East Coast depicting the McGrath/ Nagle fighting style.
-He was inducted into the Don Nagle’s AOKA Hall of Fame as a Master Instructor in 2000 and recognized for outstanding loyalty in 2007.
-Former Trustee for American Isshinryu Inc.
-Founding Member of Essence of Isshinryu and Current President
⁃       Last promotion by GM McGrath was 8th Dan in 2006
⁃       Was Elevated to 9th Dan by Don Nagle’s AOKA and American Isshinryu Inc. and Essence of Isshinryu in 2020.
⁃       Recognized as 9th Dan by Order of Isshinryu, Gary Alexander’s IAMA and the USIKA.
⁃       Currently Black and his Fiancé Melissa have an extended family of four Children and One Grandchild and live in Smithtown NY
⁃       For more info go to Facebook @essenceofisshinryu 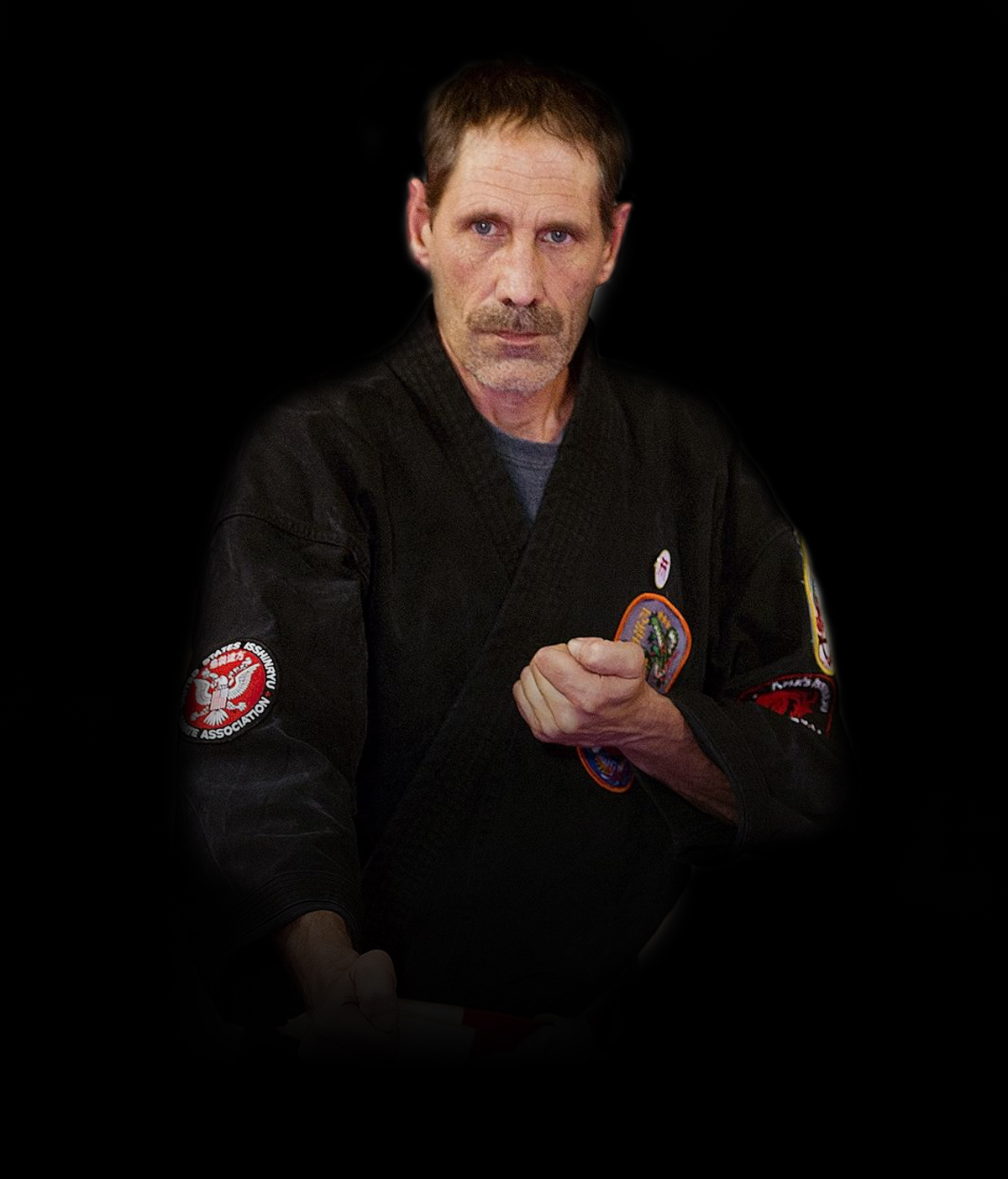 One of my biggest accomplishments is being a direct student of Grand Master Little. I began my training in 1991 and opened my own dojo, Kyle’s Isshinryu Academy on Jan 19th, 1999 under the leadership of Hanshi Phil Little and have operated the dojo for 22 years. I have competed on State, National and World levels in Kata, Weapons, and Kumite with accredited 225 first place trophies, 4 National titles, and 3 State Championships in Kumite.

I have been nominated and was one of the top five finishers for the IHOF Dojo of the Year in 2004. Nominated in 2017 for the Spirit of Isshinryu Award, 2018 for instructor of year and Sensei of Sensei’s. Founder of the S.E.A.L.S. program – Self Defense for Armed Leaders and Servicemen, Instructor of the Year at the World Head of Sokeship Council, inducted into the K.I.A. Hall of Fame, Established October 12th recognized as Martial Arts Day in Davidson County N.C., Founder of Isshinryu Today Radio Show. I also serve as a Board Member for the U.S.I.K.A, Administrator on the Isshinryu Black Belt Registry list, and made Who’s Who in Martial Arts in the United States. My top goal in my training is to be able to make a difference in someone else’s life. I believe that Loyalty, Humility, Honesty, Integrity, and Respect are my overall life goals. A clear example is in my training where I travelled 3.5 hrs. one way to train under my Sensei. This was my way of expression of these life goals. I travelled every week sometimes three times a week to receive his leadership guidance and understanding of Isshinryu Karate. This was my greatest decision I ever made. 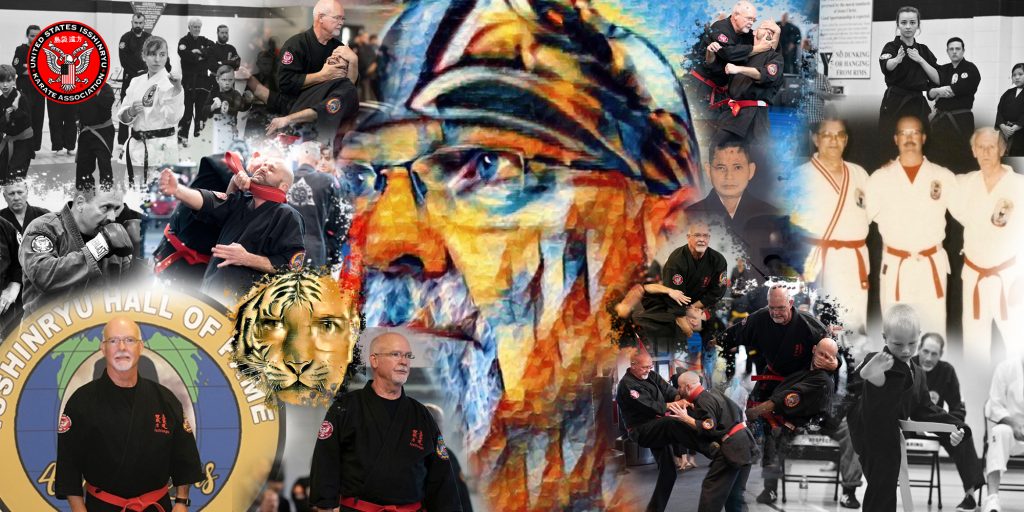